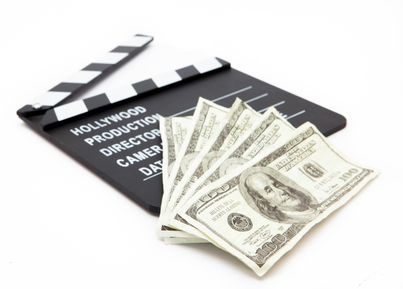 Sigrid Helgudottír, the native of Iceland, tries to stay afloat running a small production company in Hollywood and being a single parent to her nine-year-old daughter. In the City of Angels, City of Dreams, she feels like a fish out of water trying to maintain her artistic integrity while making low-budget movies and is occasionally tempted to look down on the movie industry guided by profit. But her little production company is bleeding, and she needs to compromise her beliefs and give the most important role she’s ever written to an actor she doesn’t believe in.

She remains sitting for a long time after Jack stomps out of the restaurant, trying to remember why she’s doing this in the first place. Detesting ratings but being imprisoned by the hard figures and the red ink on the bottom line of her company’s balance sheet often feels like her private version of hell. She wants to write about truth and beauty, she wants to channel the pain into the dance of light and shadows, but her reality is the terror of digits—gross revenue, expansion numbers, per-theater-average. It’s the art of staying afloat around breaking even until you forget why you started running this race in the first place and the only thing left on your mind is the necessity of staying in motion.

There are other ways of paying the bills – if not easier, at least more peaceful. There are ways that don’t keep you awake at night. The thought that she could quit appeases her instantaneously. It’s a transparent lie, providing both comfort and maneuvering space, even if only temporarily. Somewhere inside her there’s an uncompromising, immutable chunk of hard lava rock that keeps her going, powers her wading the fiendish seas, keeps her ship afloat. It fuels her urge to tell her story, the multitude of her stories, to shape her reality into something more than a simple sum of random events that befall her, something that gives life an ulterior motive, an almost transcendental meaning.

Every character she’s ever written cost her a piece of her soul, but Jimmy Sharp somehow stole more than she was willing to give. It’s the main reason the prospect of having someone like Kyle Engelberg play him appalls her so much. She will inevitably end up molding Jimmy to fit Kyle, adding lines to reflect his mannerisms, the lilt of his voice, his stature, making simple and yet meaningful changes. All that makes her even more intransigent, for letting him wear Jimmy’s skin is giving him part-ownership of her creation. This is not the first time she’s struggled to find an actor who can breathe life into one of her characters, thinking all the time that none of them will do, not really, since they haven’t lived the lines they’ll be voicing. The task strikes her as next to impossible, the struggle seems futile, and she usually ends up discontent and resigned.

The food on her plate is already cold and unappealing, so she slumps back in her chair, squints at the horizon until her line of vision turns dark gray, and remains still, listening to the rhythm of the waves. It’s the noise of her childhood, smelling intensely of disheartened loneliness and unrest. It makes her think of foggy coasts and low skies, and the place she once upon a time called home.